“Todessehnsucht” was first released in Europe. The American version had its name changed, against the band’s will, to “Longing for Death”.

All songs by Atrocity except “Archangel” music by Chuck Schuldiner, lyrics by Alex Krull. 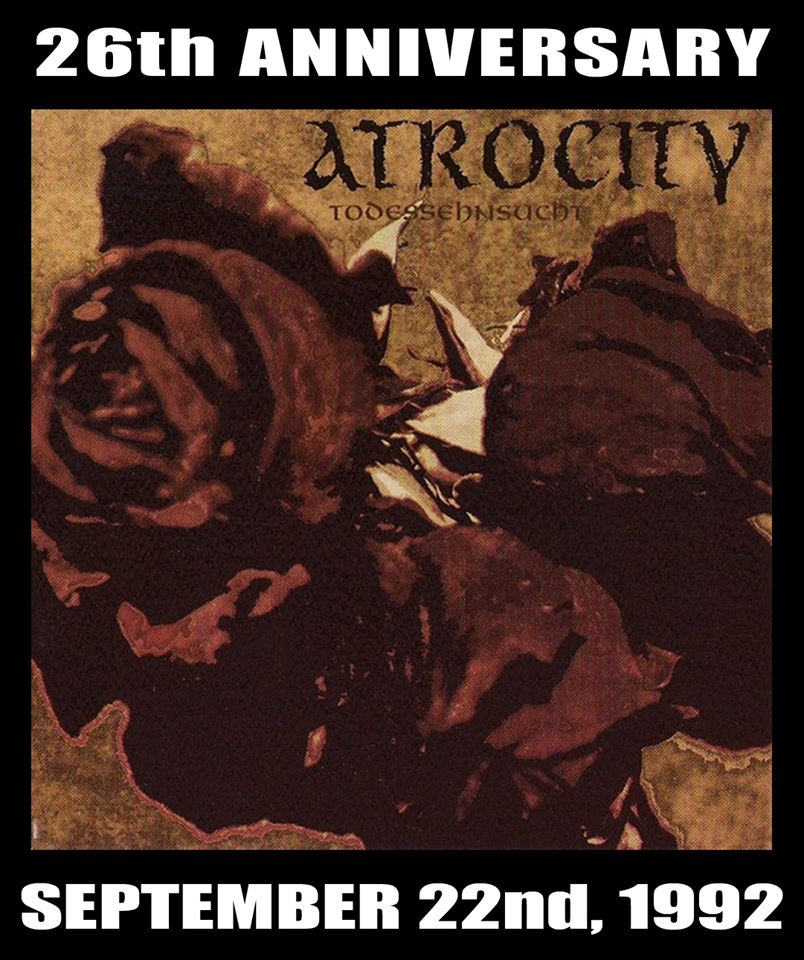 Special record release show at the Sunstorm Open Air in Nordheim, Germany, on 6th of July 2018